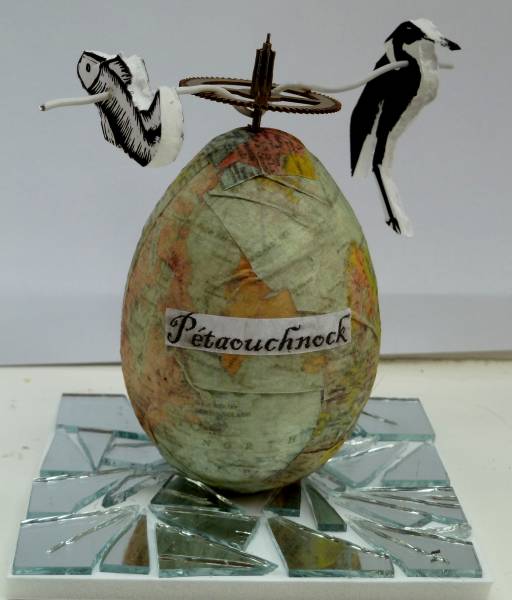 (Seals that can remove their skins and become human but only once every seven years and in their human form are supposed to be particularly beautiful and attractive.)

According to some sources the name of the country is derived from the root of the word peta meaning five and ouchnock meaning a small piece of land. Hence the five sides of the country are made up of the two coasts and the three edges of the countries with which it shares a border.