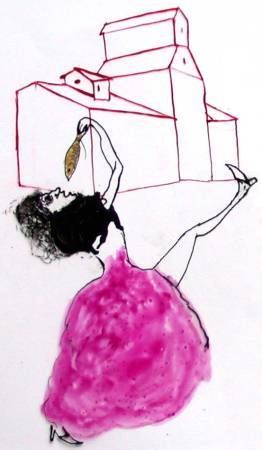 Rovincia is the very mountainous region in the north of the country and this fish dish is unique in that the fish is caught whilst  frozen but still alive from deep mountain lakes during the very coldest times of the year. Traditionally the period for catching this fish is quite short and so it has always been considered as a great delicacy. With the vagaries of current climatic conditions and general global warming the periods for catching the fish in this manner are becoming increasingly unpredictable and shorter and so the dish is considered even more of a delicacy. However, even if the fish is not caught in the traditional manner the finished dish is symbolic of the harvesting process and still a great favourite...

Traditionally this dish is served with Chouchou rotfle – a delicious vegetable dish which mingles red cabbage, onions and apples with aromatic spices –  and another vegetables with colour being critical, spinach or broccoli for example to represent the advent of spring .