by Pétra M. and Ouchnock M. 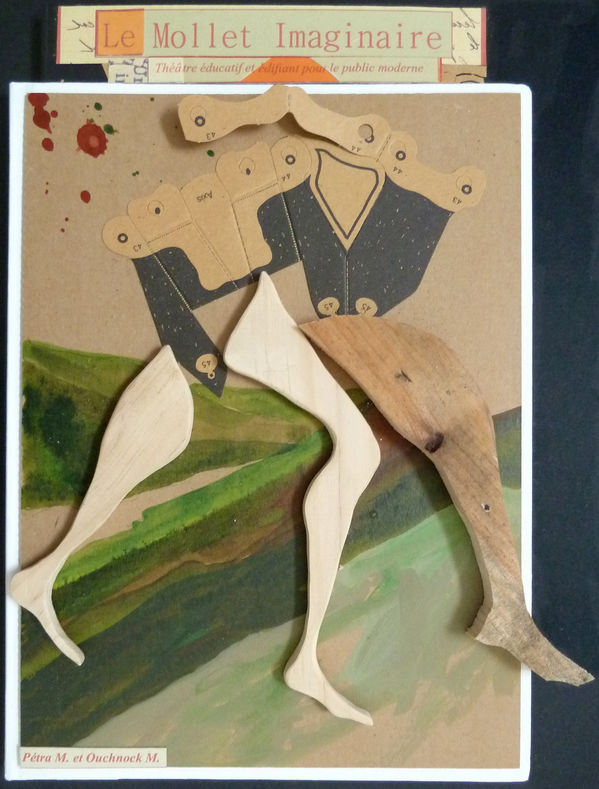 Extract from the newspaper The Petaouchnockien point of view:

“Theatre in Petaouchnock is at the same time educational and entertaining. This plays seeks to present the most recent breakthroughs in science and give psychological insights to the audiences. Yes, the goal is educational, but why not? In Petaouchnock everything is possible in theatre; fantasy, laughter, psychological revolution. Teachers realised that theatre could be an extremely important tool - a subtle way of developing their students’ education and opening their horizons. Let’s take as an example a play which was staged last year by the Great Theatre of Petaouchnock (GToP) and which was a sell-out.

The play was called the “Le Mollet Imaginaire” and wasn’t acted in Petaouchnockois, rather in a foreign language and without subtitles thus allowing the audience to use their own imagination. The play was written and produced by the doctors Petra Molletcools and Ouchnock Molecules, associated doctors of the faculty of literary medicine of Petaouchnock in order to share their knowledge and their theories; one of which being that literature and chocolate are the two essential ingredients of any healing process.

The text of this memorable play is now available in paperback.