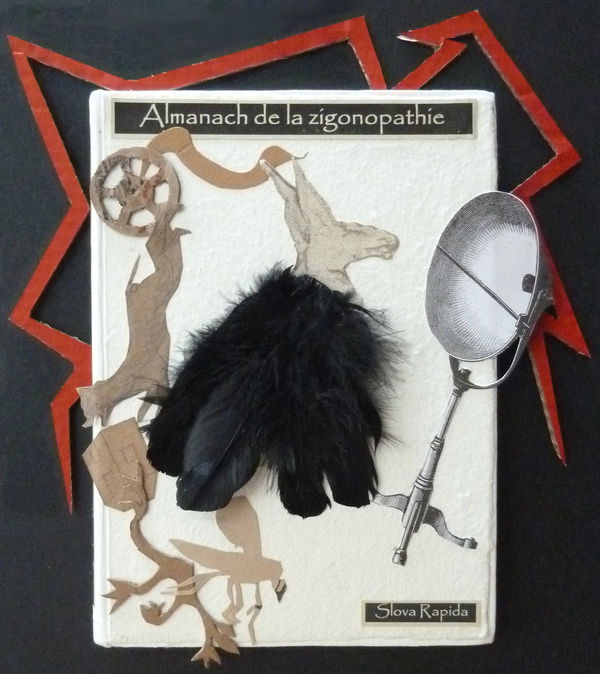 Zigonopathy is a pathological condition more commonly known as "impatience disorder". The affected patients project themselves so passionately into the future that they forget to live in the present thus condemning themselves to a passive and non-productive lifestyle similar to that of procrastinators and lazy people with whom they don’t identify.

At the beginning of the century the zigonopaths founded a separate society and settled in the province of Rapida (where the author comes from).

The tradition of consulting them in order to predict the future became so prevalent amongst some fragile and addictive personalities that the authorities had to exercise control to prevent irreversible excesses towards spacio-temporal derailment which would have threatened the way of life in Pétaouchnock.

"The Almanac of Zigonopathy" tries to understand and explain the causes behind this disorder and the author underlines the inevitability of the zigonopath’s way of thinking and how they feed on the frightening logic of a perpetual calendar. It is an original and courageous attempt to give value to the present at a time when it is ignored and demeaned. Slovène Rapida, emeritus professor at the University of Pétaouchnock, is the best person to write about this subject since she herself comes from a line of zigonopaths and has been the first to question the fatality of this illness.